The Overlook Film Encyclopedia: The Western 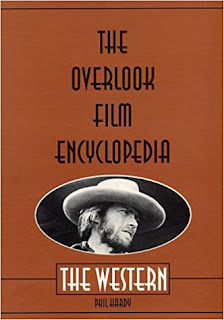 This behemoth of a source for Western film edited by Phil Hardy strives to give us reference and critical evaluation of practically every Western produced between 1929 and 1990.


Do some films fall through the cracks? Well, yes, it is inevitable that such a thing would occur with such a monumental task, but that doesn’t make this book any less a valuable resource.


Of particular use, to this this reader at least, are the Appendices in the back of the book—notably Appendix 4 which offers Top Ten Lists [and higher numbers] from 17 critics and other scholars of the Western film to guide you to more than a few undiscovered treasures.


Also of note, Appendix 6: Selected Sound Westerns and Their Novel Sources that allows the interested Western reader to track down novels that inspire their favorite films and vice versa.


An invaluable resource for Western aficionados.
at January 19, 2018