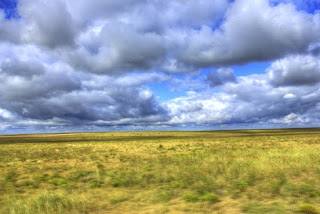 Not all showdowns involved a weapon or had the tincture of muddy fun as one finds in the films The Spoilers or McLintock. I offer this glimpse of fact to illustrate.


The following is from The Sioux City Journal circa 1880s regarding a “Rough & Tumble Duel” that took place between two farmers, Duggan Points and Will Moss. At the heart of the duel, the charms of one, Miss Sallie Craig.

The vicious character of the duel is part and parcel of the rough and tumble tradition. I warn, the account is violent and the character of even witnessing such spectated murder is questionable.

Keep in mind, this was a planned for rough and tumble duel, the accounts of impromptu duels are far more dire.

“The place of the fight was agreed upon as halfway between the respective residents. A man from Loveland seconded Moss, and Point’s brother acted as his second. The fight was not to be conducted to any specified rules, but in the most approved rough-and-tumble style. About sixty people were on the ground, among whom was the girl over whom the contest was caused, to witness the brutal affair. The seconds stood with cocked revolvers in hand and warned no one to interfere. The men commenced fighting fiercely. They used fists, heels and teeth; and in clinching and tumbling about rolled over a large area of ground. The fight lasted fifty-five minutes, and throughout was of the most brutal character. It was brought to a fast conclusion by Points’ strength entirely giving way, and then Moss, with the last efforts of his madness, stamped upon his prostrate foe and crushed in his breast and kicked in his head. The spectators at this overpowered the seconds and dragged the men apart. Points was dying when picked up, and expired soon afterwards. Moss had been severely bitten by his antagonist, having had two fingers, an ear and his nose taken off, and was in a deplorable condition from other injuries.”

The account does not offer if Miss Craig was happy with the outcome or impressed by the efforts in her favor.


[The above is research from my day job/avocation/vocation as a fight trainer and combat historian. If this intrigues have a look here or here.]
at October 12, 2018