A Sergeant of the Orphan Troop 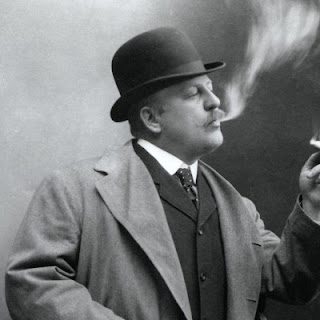 Physically, Nature had slobbered all over Carter Johnson; she had lavished on him her very last charm. His skin was pink, albeit the years of Arizona sun had heightened it to a dangerous red; his mustache was yellow and ideally military; while his pure Virginia accent, fired in terse and jerky form at friend and enemy alike, relieved his natural force of character by a shade of humor.
Frederic Remington could not only create evocative Western vistas on canvas and in sculpture he had a way with the pen as well. His having been “out there” lends an authoritative cast to his work that is elevated by his obvious romanticism for the people and places that he saw.
This tale strikes me as a bit thin for narrative propulsion, but it never lacks in evocative detail. Fans of the artist may find this a fine read and a gratifying look at another side of his creativity.
at December 28, 2018