“The Colonel’s Lady” by Elmore Leonard 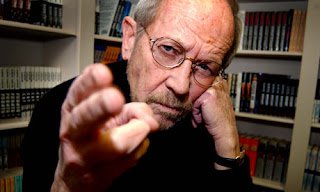 One of Dutch’s superior tales of grit in the Southwest. Here we have a weary group of horse soldiers tracking a band of Apache that has raided a stagecoach and abducted a woman.

Formulaic stuff in many hands, in Dutch’s hands, it’s terse raw-bitten, and hard-edge.