David Crockett His Life and Adventures 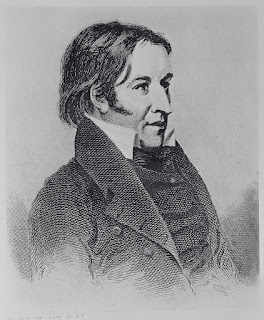 “Ere long he found it necessary to oppose some of Jackson's measures. We will let him tell the story in his own truthful words: "Soon after the commencement of this second term, I saw, or thought I did, that it was expected of me that I would bow to the name of Andrew Jackson, and follow him in all his motions, and windings, and turnings, even at the expense of my conscience and judgment. Such a thing was new to me, and a total stranger to my principles. I know'd well enough, though, that if I didn't 'hurrah' for his name, the hue and cry was to be raised against me, and I was to be sacrificed, if possible. His famous, or rather I should say his infamous Indian bill was brought forward, and I opposed it from the purest motives in the world. Several of my colleagues got around me, and told me how well they loved me, and that I was ruining myself. They said this was a favorite measure of the President, and I ought to go for it. I told them I believed it was a wicked, unjust measure, and that I should go against it, let the cost to myself be what it might; that I was willing to go with General Jackson in everything that I believed was honest and right; but, further than this, I wouldn't go for him or any other man in the whole creation.”


This 19th-century biography of Davy Crockett by historian John S. C. Abbott is a load of thoughtful fun. Crockett’s birthplace and stomping grounds are not far from my own homestead and I have to admit a bit of partiality when it comes to his exploits.


What struck me in this narrative was not so much the “adventures” but the political exploits which strike me as pertinent today.


“He said, 'I would as lieve be an old coondog as obliged to do what any man or set of men would tell me to do. I will support the present Administration as far as I would any other; that is, as far as I believe its views to be right. I will pledge myself to support no Administration. I had rather be politically damned than hypocritically immortalized.'"-David Crockett on withdrawing his support for Andrew Jackson


Ah, to see such courage and integrity in congressmen and voters/supporters of any and all stripes today…
at August 16, 2018