If you are the sort who reads blogs such as this one, then likely you are also the sort who will listen to two knowledgeable gents dig into the history and background of the Western fiction genre.

Those two savvy gents are Paul Bishop and Richard Prosch.

Each episode is a bit of a deep dive into the offered topic and allows we over-the-top Western readers to still be immersed in the genre even when eyes are not on pages.

Enough yakking from me, have a listen.

FYI-You can find an interview Mr. Bishop did for this very blog in our archives and yet another chat with Mr. Bishop on altogether different topics at my other blog Indigenous Ability [my day job of historical violence.] https://indigenousability.blogspot.com/ 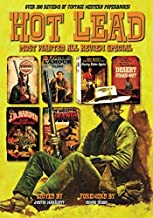 I offer no prefacing quote here. We do that to give the flavor of a work of fiction so we can tell if a work may or may not be up our individual taste alley.

Likely if your eyes are on this blog, then you already know that this book is up your alley.

200+ reviews, a handful of essays and background on topics pertaining to the genre.

But what makes this volume a prize is that you’ll find classic Western works alongside more pulpy or formulaic offerings.

You’ll find Owen Wister treated with the same regard as George Gilman.

That leveling of regard is the strength of this volume, it does not pick and choose sides, it merely seeks to say “I read this, here’s what I think.”

For aficionados of the genre, a browser’s paradise. 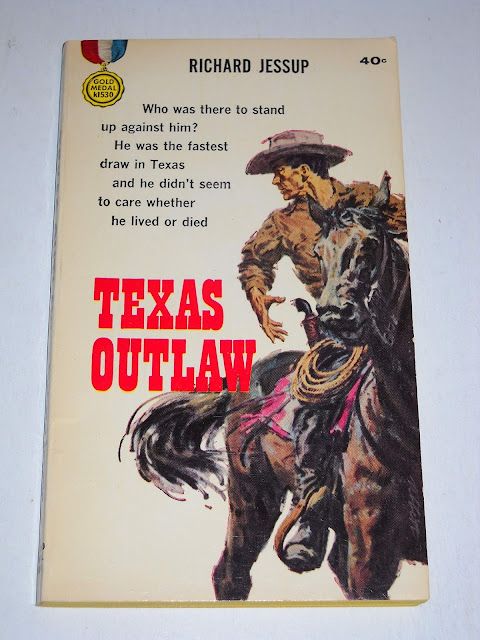 Because he knew how to organize things, Burt Anderson, took over the cleaning up of the main street. The dead numbered six, the wounded eleven. Seven horses, two mules, and five wagons had been destroyed. Seven of the Indians had been killed, and five of their ponies. They removed the wounded to the saloon and the dead to the livery stable because it was the coolest place in town. The Indians were dragged by their heels through the dust at the end of a rope and dumped without comment in a hastily dug communal hole half a mile outside of town. The horses were dragged to the flats, soaked with coal oil, and set afire. Anderson worked tirelessly, and as much of his effort went into consoling the widowed women who had lost husbands and the mothers who had lost sons as into attempting to get Fury back on its feet.

I’m of two minds regarding this rugged Fawcett Gold Medal offering from 1958.

On the one hand, the action, the internal lives of men and women under stress and duress is ably and admirably played as in the offered paragraph that heads this review.

On the other hand, there is a bit of hampering [to this reader’s mind] and that hampering comes from a shoehorning of soap opera machinations.

A good opening third of the novel is mired in these melodramatic pawns on chessboard maneuverings.

The last two thirds are where this novel comes to life. It is alive with events. Alive with the interiors of people in response to those events. It is here that the novel shines.

If one has a tolerance for the opening shenanigans, a reader is likely to find much to enjoy here.