A Frontier Phrase/Philosophy Worth Resurrecting by Mark Hatmaker 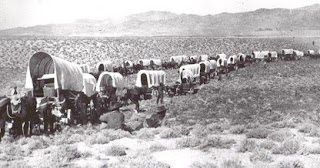 [Some kind folk have mentioned how much they dig this bit of bloviating and aim to apply it—Thank you and good on them for that! I’ve tightened the wheels a bit and tacked on a new tail at the end from Arthur Chapman that seems apt and holds with the Warrior-Poet Spirit we’ve been discussing]

To declare that one is “livin’ in the shade of the wagon” is to say, “Life is all right by me, no matter which way she bucks.”

If we pull this gregarious little phrase apart and have a look at the context it reveals more than a quaint colloquialism.

Crossing “The Great American Desert” [The Great Plains] and actual deserts was no easy feat. The Oregon Trail, the Bozeman, the Santé Fe, the Applegate, the Gila, the Upper and Lower Roads of Texas, and all the other lesser known routes for the adventurous, determined, or downright foolish and unprepared to cross were rife with dangers.

All of these early trails were peppered with the graves of the hopeful and the discarded belongings of people who continually lightened their loads jettisoning what they thought they “couldn’t live without” to what they really needed to survive and thrive.

Dangers were incessant. The elements, the indigenous folks, the non-indigenous that had gone rogue, disease, the never-ending struggle for food, potable water, and hardships a bit beyond the grasp of we pampered folk reading this on a screen.

Such challenges and privations spawned a philosophy all its own. A creed with its own informal chapters and verses.

The Weak never Got Here, &

Lest one thinks hard people were hard-hearted, often the early journals are full of robust humor, honest evaluations, and admirable unflagging “stick-to-it-iveness.”

Moving on to our shady phrase.

Many of these terrains had zero trees, bluffs, hills, anything to block the sun.

The wise walked on the shady side of the wagon when travelling.

The wise walked on the shady side of the horse when afoot.

The wise slacked against a wheel in the shade or stretched out under the wagon to provide relief from the sun.

“Livin’ in the shade of the wagon” meant that “Sure, there may not be a shade tree in sight, but I got my own shade right here and she’s just as good.”

It meant, that you were amenable and adaptable.

It meant you kept your sunny-but-shaded disposition wherever you went because you knew how to enjoy what was at hand no matter the circumstances.

The shade was both the actual wagon and the metaphorical cool spirit of the individual who displayed coolness under duress.

Hemingway’s “grace under pressure,” waay before Hemingway. The rough ‘n’ ready embodiment of the sprezzatura of Castiglione’s Courtier.

To be a shade enjoying sort also meant that you were a shade provider.

Your calmness of spirit and Yankee Ingenuity demonstrating how to “use what you got at hand” in turn acted as a sort of calming shade for others around you.

The man and woman who was able to stand tall and stay cool no matter what was valued by all.

“Livin’ in the shade of the wagon” was not a mere colorful retort.

It was a declaration of intent.

It was a philosophy.

It was a valued goal to shoot for.

May we all live in the shade of the wagon!

Arthur Chapman concludes his poem, “Out Where the West Begins” with these lines…

“Where there’s more of singing and less of sighing,

Where there’s more of giving and less of buying,

And a man makes friends without half trying---

That’s where the West being.”

Chapman’s West may be mythical and metaphorical but…seems a worthy goal to sigh less, sing more, buy less and give more gladhanding, and who wouldn’t love to make friends with a singing gladhanding sort?

May we all know such folk, hell, may we all be such Giants. 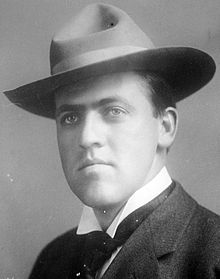