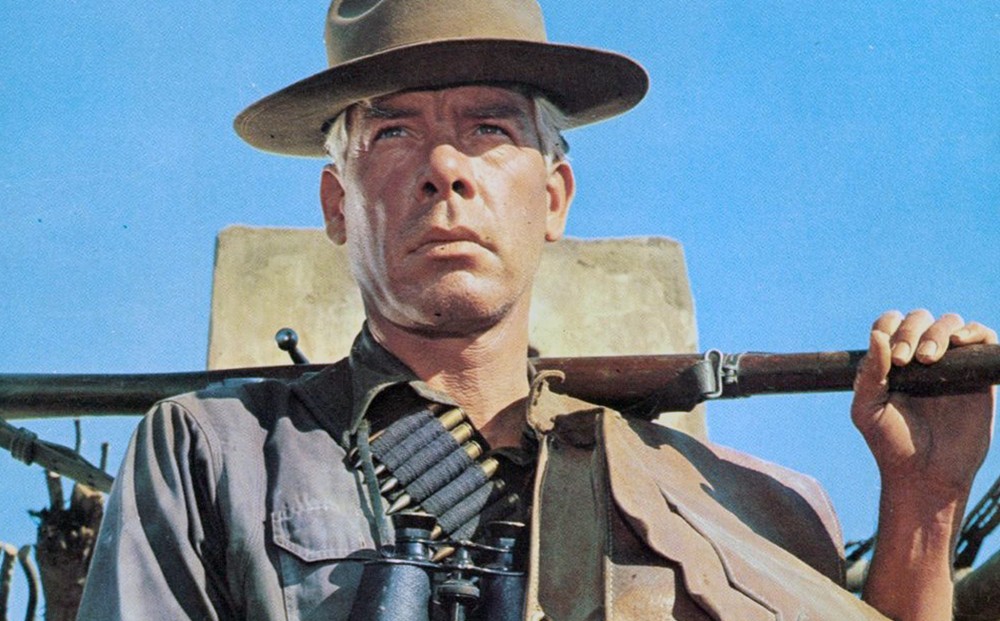 “Maybe there’s only been one revolution—the good guys against the bad guys.

The question is, who are the good guys?”

A seriously entertaining film that holds up to repeated viewings, while not as A-level as The Dirty Dozen, The Great Escape, or The Magnificent Seven this is of a feather, a “Gather together, Crew, we have a job to do” tale that more than holds its own.

Written and directed by Richard Brooks from the novel A Mule for the Marquesa by the mighty talented Frank O’Rourke, this is a cynical testosterone dripping saga of the sweaty southwest.

To my eye, what lifts this film, elevates it, is Lee Marvin.

Marvin practically carries this film on his back with an easy lived-in nonchalance.

Don’t get me wrong, the cast is quite good—Lancaster is at his charming “I’m Burt Lancaster” best but, it is Marvin’s almost invisible believability that drives this engine.

It is easy to point to action scenes to illustrate what works well in this film but, allow me to direct you to a simple scene. At one point, Marvin and Lancaster are made privy to a plot shift that alters their perception of what their mission is all about—Lancaster reacts like, well, an actor whereas Marvin, he takes like a man who is honestly surprised.

A tremendously entertaining film with one of the great closing lines of all time, which I shall not spoil here.

Dial it up—you’ll be pleased.

“Maybe there’s only been one revolution—the good guys against the bad guys. The question is, who are the good guys?” Now, we’re talkin...