A Conversation With Scott Von Doviak 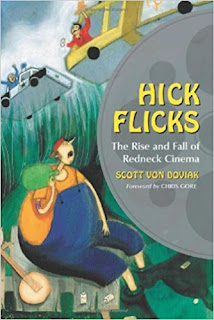 Scott Von Doviak is a pop culture writer for the Onion’s AV Club and former film critic for the Fort Worth Star-Telegram. He has written three books on film and television (Hick Flicks, If You Like The Terminator, and Stephen King Films FAQ) and contributed to the 2017 collection Approaching Twin Peaks: Critical Essays on the Original Series. His debut novel Charlesgate Confidential will be published in 2018 by Hard Case Crime. He lives in Austin, Texas.


First things first, I want to thank you for your book Hick Flicks—I absolutely loved it. With that said, would you mind telling us what made you decide to devote so much effort to what is, admittedly, a niche genre?


It was a book I wanted to read until I found out it didn’t exist and decided I would have to write it myself. I had been to an outdoor screening of Deliverance complete with canoe trip, and before the movie started there were all these trailers for ‘70s B-movies about moonshiners and truckers and swamps. I remembered some of them from my childhood and it occurred to me that this was a genre unto itself.


Could you sum up a definition of the genre for the uninitiated?


Everyone knows about blaxploitation, a B-movie genre that peaked in the ‘70s. Those movies appealed to an urban audience, but at the same time stuff like Shaft and Superfly was playing inner city grindhouses, rural drive-ins were flooded with cheaply-produced action movies, mostly set in the South with good ol’ boy heroes pitted against redneck sheriffs. This was hixploitation (a term that’s been incorrectly attributed to me by some, though it pre-dates Hick Flicks).


The genre, to my eyes, in some cases has an element of the Western to it. A bit of Southern Pride, yes, but often it seems to be a sort of offshoot of wild and wooly story-telling. This dialogue from Sam Peckinpah’s Convoy encapsulates what I am referring to:


“No they ain’t,” Kristofferson gravels. “I’m just in front.”


I may have cherry-picked there as Peckinpah was a Western legend in both film and the small screen, but do you see that connection, or am I reaching?


I don’t think you’re reaching. These are Southerns rather than Westerns, and the stagecoach has been replaced by the eighteen-wheeler, but many of the tropes transfer over pretty easily. There’s a tendency to glorify the macho loner figure and pit him against authorities that are frequently corrupt. It’s no coincidence that Peckinpah was drawn to Convoy.


I love how generous you are with your judgments. The genre has no pretensions to art, although it may hit it now and again as with Deliverance, but you admirably take the genre on its own terms. In many cases, if the film is fast, sweaty, and has a least a chuckle or two it may have done its job. With there being so many dogs in this genre were there times that you thought to yourself, “Good Lord, I can’t take seeing another one of these”? 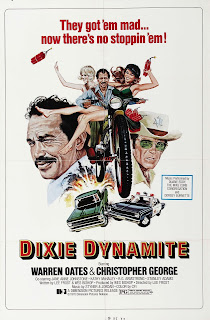 All the time. I wrote the book around 2002-03, which was before the dawn of streaming, and I’m fortunate enough to live in Austin which still has a couple of thriving video stores but had more of them at the time. I’d pile up these VHS copies of things like Dixie Dynamite and The Pigkeeper’s Daughter, and I’d get some pretty strange looks at the checkout counter. I’d say the low point was my 24-hour marathon of hillbilly horror, which I chronicle in diary form in the book. Once I’d survived the likes of Blood Salvage and three Texas Chainsaw sequels, I knew I could make it through anything.


You being the expert what films would make the Scott Von Doviak Hick Flick Hall of Fame? Say a good top 5 picks.


1.      Deliverance, the one that started it all for me and probably still in my top 20 movies of all time.


3.      Songwriter, a supremely underrated Willie Nelson vehicle loosely based on his own legend


4.      Smokey and the Bandit, a childhood favorite that still holds up as a thoroughly enjoyable comedic chase flick


5.      Southern Comfort, Walter Hill’s semi-ripoff of Deliverance that generates incredible suspense and tension in its own right


Let’s flip that over, can you name a few films that were so mind-numbingly awful you wanted to cry waiting for the third act?


Too many to count. One that made me feel like I was losing my mind is Poor Pretty Eddy, also known as Redneck County Rape, among other titles. Lesley Uggams plays a singer whose car breaks down in a scary hillbilly town, with results both predictable and otherwise. As I said in the book, “It’s the kind of movie David Lynch might make if something heavy fell on his head.”


The genre is often cars, crashes, girls—rinse, wash, repeat, but there are more than a few sideroads taken, as in RVers vs. devil-worshippers in Race with the Devil. Can you name a few more films that may not necessarily be good, but you have an admiration for the “Wait till you get a load of this premise”?


One particular subgenre that fascinates me is “Soul Winners,” which were shown at revival meetings in order to scare people back to the Lord. I definitely wouldn’t call them good, but they can be pretty deranged. There’s one called If Footmen Tire You, What Will Horses Do? about a communist takeover of the United States in which a soldier tells a roomful of Bible students that if they want to pray for candy, they should pray to Fidel Castro instead of Jesus. And it works!


Did the project leave you with an admiration for the genre or did it sate you for life?


I still have an affectionate for it, which is good because I’m sort of tied to it now. People are still discovering the book, and every now and then I’m contacted for comment about some hixploitation-related development, so I guess I’m the “Hick Flicks” guy for life now.


There have been a few recent films that fit the Hick Flick definition since publication, such as Soderbergh’s Logan Lucky. Any other films of recent vintage that you would love to include in a second edition? 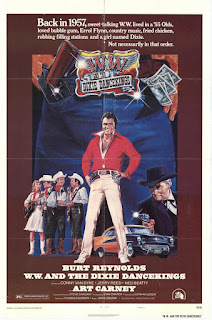 I used to keep a list in case I ever got the chance to do a revised or expanded edition of the book, but it doesn’t seem like that’s going to happen. In the years since the book was published, Winter’s Bone was one of the best, and I definitely enjoyed Logan Lucky. Nowadays, though, hixploitation is mostly found on reality TV, and it’s pretty depressing.


Again, I admire how you tackled a genre that has received little to no attention. Are there other genres that you wouldn’t mind shining a spotlight on? Biker flicks, Indiansploitation as in Billy Jack, et cetera.


I’ve done a book on Stephen King adaptations and another on The Terminator and its influences, and from time to time I’ve pondered a book on Texas crime movies. I’m focused on writing fiction for now, though.


What’s next in the pipeline for Scott Von Doviak?


My debut novel, Charlesgate Confidential, will be published in September 2018 by Hard Case Crime. It’s inspired by a famous Boston art heist and unfolds in three different time periods, with many twists and turns.


Scott, thanks for taking the time, best of luck to you in all of your ventures!


Thanks, Mark! I appreciate your interest in Hick Flicks.
at January 15, 2018

The full title of this gorgeous volume is Renegade Westerns: Movies That Shot Down Frontier Myths. The volume is an intelligent guide to... 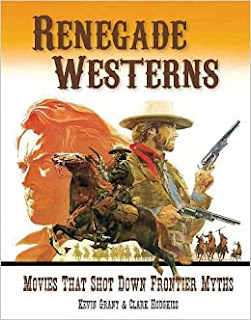