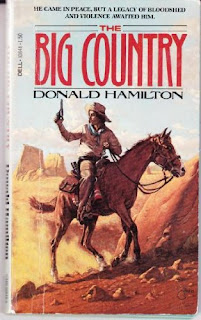 “Your Mr. McKay is a man who, for some reason, is terribly afraid of only one thing in the world, and that is that someday, somehow, he’s going to slip and let himself be influenced just a tiny bit by what people think of him.”


A slim 1957 novel from Donald Hamilton that was also rendered quite well on the big screen with Gregory Peck as the protagonist.


The novel may be slim, but the theme within is not. Hamilton does a fine job here with a sort of Hemingway inversion, our hero Is not the usual brash can-do protagonist, and yet…he is exactly that.


The themes of self-regard and inner-directed discipline are played beautifully. Now if I’ve made this sound like a quasi-literary novel, it is not that. It is a pure page-turner, but at it’s core Hamilton gives us hearty food for thought.