A Conversation with Dave Whitehead [aka Ben Bridges] of Piccadilly Publishing 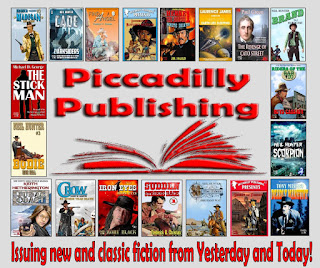 Dave, I’ll be honest with you I don’t know which direction to take this interview, as you are both a Western author and you are involved in what I consider a very interesting publishing venture, Piccadilly Publishing. Piccadilly has quite a stable of wonderful authors old and new that you are re-introducing the world. David L. Robbins, Peter McCurtin, J. T. Edson, Lou Cameron, John Benteen and many other authors many of us remember from days of yore. May I ask what is your author selection criterion? How do you choose authors for resurrection?


Well, both Mike Stotter and I have been reading westerns ever since we were kids. We also used to write stories and draw our own comics, and the Old West always featured in there somewhere. Eventually we decided to do something about this love we had for the western, and we got to meet many of the British western writers of the 1970s. I was also fortunate enough to correspond with many American writers as well—Louis L’Amour, Ray Hogan, Brian Garfield, Will Henry, Gary McCarthy and Wayne D. Overholser all immediately spring to mind. In 1979 we took an idea for a western magazine to the UK’s biggest magazine publisher and to our amazement they accepted our proposal and published WESTERN MAGAZINE (1979-80), for which Mike and I acted as consultants. When Mike suggested that we start Piccadilly Publishing back around 2011, the idea was mostly to get the books of our old ‘Piccadilly Cowboy’ chums back into print. To an extent, we did this with series like HERNE THE HUNTER, CROW, HART THE REGULATOR, CALEB THORN and BODIE THE STALKER. But we soon decided we also wanted to publish different kinds of westerns each month, so that there would be something for everyone. Initially we decided to go after the authors we liked or knew, and series we had read first time round, and been impressed by. In essence, we were kids in a candy store and our remit was to pick up our old favorites and bring them to a new audience, or an audience that was as nostalgic as we were. Today we publish between ten and twelve westerns each month.


Out of all the authors in your stable, is there one [or more] that provided a particular visceral “Yeah! We got HIM!”? 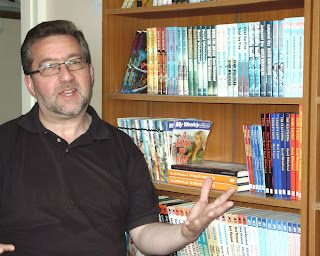 There are more than I can possibly mention. BANNERMAN THE ENFORCER, WILDERNESS, the various J. T. Edson series, Peter McCurtin’s CARMODY … the list is almost endless. Each time we acquire a new series, we feel that same moment of exhilaration. And we’ve been fortunate to commission new series as well, such as Patrick E. Andrews’ CROSSED ARROWS, Neil Hunter’s BALLARD AND McCALL, Jake Henry’s DRIFTER, Chuck Tyrell’s STRYKER’S MISFITS and most recently MAGGIE O’BANNEN by Joe Slade. One of my favorite moments was asking Mike Linaker to write some new adventures for BODIE THE STALKER. The original series only ran for six books, and I always felt that there were still more Bodie stories to tell. Mike said yes, and we now have ten books in the series, with more to come.


What authors in the genre do you not have under the Piccadilly imprint but would love to have in the fold? In other words, who else is worth resurrecting in your eyes?


There are a great many, but unfortunately there can be many difficulties in obtaining rights. The ownership of rights isn’t always clear. Contacting authors of their estates can be tricky and requires a degree of detective work. And some writers simply aren’t interested, or their estates have no interest in getting the books out to a whole new audience. We do have a ‘shopping list’, and on no less than three different occasions we’ve thought, ‘Let’s go after such-and-such’ only to have ‘such-and-such’ contact us first!


Many of your authors are sometimes overlooked, dismissed as “Men’s Adventure” fiction, but that is short-shrift to much fine work that has occurred at the typewriters of many of your stable. John Benteen/Ben Haas, for example, can write terse action as good as anyone I’ve ever read. There is much in the prolific output of J.T. Edson that makes my jaw drop wondering “How do you turn a phrase that well while maintaining such a high turnout of material?” What would you say to readers who have never read your authors because of misplaced assumptions?


I can’t blame readers for having preconceptions about the genre. If we’re honest about it, there have been a ton of bad western novels, movies and TV shows over the years that have relied too much on all the ‘head-‘em-off-at-the-pass’ clichés. So readers can be forgiven for pre-judging the genre. But there’s a lot of fine writing to be found in the humble western, and some absolutely stunning plots and brilliant characterisation. It’s a bit like panning for gold. You just have to keep looking until you find the nuggets.


I’d like to chime in with the fact that I am particularly attracted to literary Westerns along the lines of James Carlos Blake and Bruce Holbert, but…I still get a huuuge kick out of reading Benteen’s Fargo series, or spending some time with Sundance, I also have a wild blast reading Lou Cameron/Ramsay Thorne’s over-the-top Gringo series. It may not be Literature with a capital “L” but there is an undeniable propulsive narrative drive to the novels that is not to be underestimated. In your mind, which authors or books in your stable would you point to, to say, “So you think you don’t like these? Read this guy” or “Read this book?” 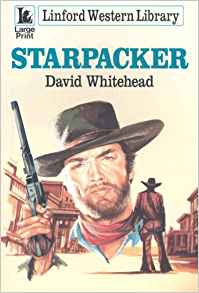 It would be unfair to single out any particular author at the expense of another. To me, they’re all worth reading because of their energy, enthusiasm and professionalism. There’s an art to telling a good story within such a relatively short page-count, and these guys (and gals) rise to the challenge again and again, rarely disappointing their audience. And let’s not forget that the object of the popular western is to tell a punchy tale of good versus evil. If it can be written to a certain standard, so much the better. But the western, as we publish it, is intended purely for entertainment, with no higher pretension than simply to engage its audience, to put them smack in the thick of the action and give them a rollicking good time.


What Western authors or novels outside of your own imprint would you point readers towards? Books or people that make you say “You have GOT to read this?”


Off the top of my head I would say Luke Short, Lewis B. Patten, Gordon D. Shirreffs and of course anything by Harry Whittington. I think readers could do worse than search out these writers.


Turning towards your own work. You have written many novels, Westerns and in other genres, but today I’d like to focus on your Westerns. You’ve got a no-nonsense laconic style that strikes me as pared down Elmore Leonard. Your novels have a “jump right to it” feel that I appreciate. As an example, here’s your opening sentence from Five Shots Left.


“Given that he’d once been called the most dangerous man in the territory, Jesse Rayne proved to be a model prisoner. He kept to himself, and said yes sir and no sir, and never, ever made trouble—which was odd, because Rayne had spent practically his entire life making trouble.”


There we are in the thick of things, with a point of view, and a bit of “Hmm, what’s going?” from the get go. How much time do you put into getting the opening just right? 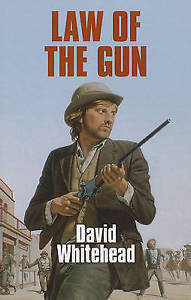 I can’t stress how important your opening line is. It has to pique the reader’s curiosity and make him/her want to read on, or you’ve lost them before you’ve even started. The two opening lines I took most pride in were “It was a hell of a day for a multiple hanging,” which my wife gave me for HANGMAN’S NOOSE, and a rather more to the point, “The bastards,” which opens a book called LAW OF THE GUN.


You also do a fine job with not going for the easy description. You allow observation to slide past the reader without calling attention to it. In Flame and Thunder we find this descriptive line: “O’Brien searched his surroundings through eyes the color of robin’s eggs.”


Again, do you find such observation comes easy to you or do you take great pains to construct theme?


Someone once said that easy reading was hard writing. It’s true. You want to build up the scene in such a way that your reader is right there beside you. But you must be clever about it, not hit them over the head with it. I decided many years ago that the only thing left of ANY real originality in the genre was the style in which the story is told. If you can create an engaging, entertaining style, and be clever but not fussy with your choice of words, that alone can sometimes be all you need to carry the story. But the bottom line is always simply to entertain. If you can give your reader a great time, then you’ve done your job.


How much research do you put into your novels? Do you immerse yourself in the history, visit locations, or simply put what’s in the head on the page? 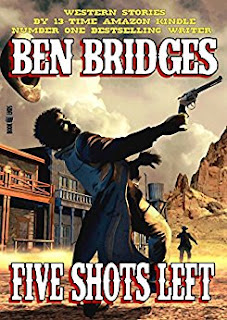 Usually, I research specific points as I go along, and as they’re thrown up by the story. That way I only research the material I need to research, and don’t get sidetracked and possibly tricked into adding a lot of extraneous material just to show how clever I am. And by seeming to throw these details away within the body of the story, you create an impression that you’re actually writing from first-hand experience, not dry research. But this throws up another point that is of increasing concern to me—that writing should never, ever be an ego trip. You should always check your ego at the door. All that matters is the story and the reader. If you’re in this business to feed your own sense of self, you really need to think again. I see this more and more now that we can all, if we choose, publish our work. Too many ‘writers’ merely play at it to satisfy their own egos.


What’s next for you and for Piccadilly Publishing?


Ah-ha, that would be telling! But we certainly intend to keep going for quite a time yet, and hopefully continue to build on the fabulous relationship we have with our readers. As for me, I’m presently writing a new stand-alone western entitled SEND FOR MORGAN STARR, and with luck my screenplay SHADOW FLATS will go before the cameras in the spring of 2018. That’s going to be a lot of fun, a mixture of the western and supernatural.


I want to thank you again for your time and consideration. It’s been an honor corresponding with you.


On the contrary, the pleasure and privilege has been all ours!
at November 20, 2017