Grandfather Out of the Past by Noel M. Loomis 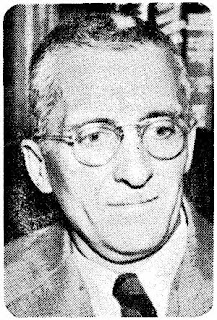 He looked at her, trying to decide what hunger was. Was it a gnawing in a man’s stomach, or was it a lonesomeness of the heart, or was it, sometimes, a thing that ate a man’s brain from the inside, like that which showed in the yes of Quahuahacante [Dead Hide]?
This book is steeped in Comanche culture, steeped so deeply it resonates with an authenticity that mere Internet searches would put to shame.
As a Comanche-phile myself [I have been learning the language for the past three years] veracity can be found on every page of this tale of a warrior past his prime but still a warrior in his heart and in his ethics.
A mature and authoritative tale.
at February 13, 2019