The Captives by Elmore Leonard 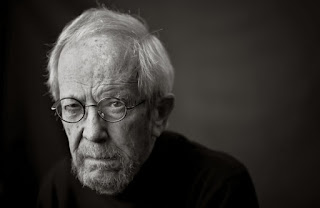 Brennan jumped down and rolled Rintoon over gently, holding his head off the ground. He looked at the motionless form and then at Chink. “He’s dead.”
Chink stood with his legs apart and looked down at Brennan indifferently. “Sure he is.”
“You didn’t have to kill him.”
Chink shrugged. “I would’ve sooner, or later.”
“Why?”
“That’s the way it is.”
That passage highlights Dutch Leonard’s easy laconic way with dialogue, postures, small gestures. He spends no time on inner this or subconscious that, and yet his work never feels formulaic. His men and women are fully formed creatures whose lives are expressed in actions or the small gestures that take the place of thwarted actions.
This story was made into a good film, The Tall T, but for my money, the source is smart and rugged head-and-shoulders above even that fine work.
An excellent story.
at February 06, 2019