A Conversation with Scott Harris 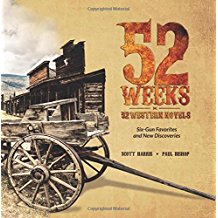 Scott Harris, author, entrepreneur, and all around good guy takes time out of his day to chat Westerns.

Mr. Harris, I want to thank you for taking the time to have this conversation.


Now, on to your most recent work, which I simply love, 52 Weeks 52 Western Novels: Old Favorites and New Discoveries. It is exactly as the title describes, some I expected to see but more than enough surprises to keep me piqued. Might I ask, how many novels do you think you had to read to winnow down to the gold?


Between me and the various contributors that helped with the book, the number would be in the thousands. That’s based on the lifetime reading habits of Western fans. The great thing is that everyone we invited to be a part of the project already had their personal favorites. Narrowing it down was the problem!


We keep things spoiler-free here and I don’t want to give away what you’ve worked hard to do by discussing titles included in the book, but I will say yes, there are a few that you would expect as they are rightfully called classics, but there are more than enough thoughtful or little-known surprises to warrant an immediate purchase in my eyes. Without giving too much away, can you name at least three titles that you think readers might be surprised to find on the list? 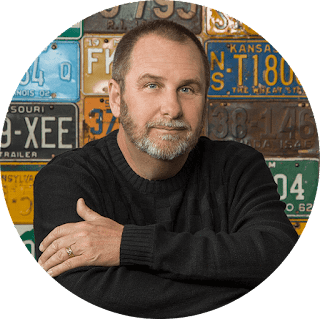 No problem with the spoilers. You can share what you think your readers will be interested in. One of the great things about this book is the design and the artwork, plus the personal insights from each contributor.  It is so much more than a traditional “Best” list. However, three that were new - and very enjoyable finds - for me, were; The Cowboy and the Cossack by Clair Huffaker, The Day the Cowboys Quit by Elmer Kelton and Redemption, Kansas by James Reasoner. Please allow me a 4th. Outrage at Blanco by Bill Crider.


The book-design is gorgeous, not only is the information pure gold it is a pleasure to browse. Often one reads lists of novels simply to have the list, but here, you write as if you are presenting a case for why you must read this book. With all that said, this is clearly a labor of love. Were there other Western lists or list-makers that inspired you?


Thanks for the compliments. It was a labor of love and a very enjoyable project. I know I scanned multiple “Greatest Western” lists and perhaps others did too. The challenge was our goal of keeping each book under 250 pages and one book per author. For the most part, we stuck to that, but a couple of authors (Louis L’Amour being an example), just couldn’t be kept to a single entry. One of the fun parts of the book is that some of our contributors (James Reasoner, Peter Brandvold, Bill Crider and Meg Mims) were also authors that other contributors chose to write about.  Quite an honor!


What makes the cut is always interesting, but now, let’s get into some that didn’t make it. Can you off-the-top of your head think of a few handfuls of novels that just missed making the top 52? And perhaps let us know why they just missed the mark.


Mark - we’re already hard at work on 52 Weeks * 52 MORE Western Novels, so you’ll find your complete answer in the next book=)


That happened with quite a few authors, many of the “go-to” Western authors and some that were new to me. We’ll try to have as many as possible in the next book.


Speaking of favorites, you’ve mentioned that every 5 or 6 years you re-read every page of Louis L ’Amour. Let’s say you met someone who has never read L ‘Amour or has had a bad experience with a single novel. What books would you put into their hands to change their minds?


Hondo would be a great one. If you don’t like Hondo, you won’t like L’Amour. Any of the Sackett books - and there were 17 of them. It’s fantastic how he weaved the family together over various states, countries and centuries.


Here’s one I’m mighty curious about, is there a book or books that are commonly regarded as classics that you didn’t include as they just leave you cold? Leave you scratching your head asking “What’s the deal? I just don’t get the regard.” 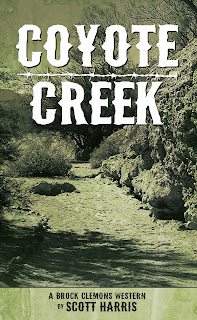 I'm going to say no. The answer might have been different had I been the sole author. However, besides my co-author, Paul Bishop, and myself, we had 15 contributors. Even if one or more was turned off by a certain author, others would have enjoyed some of their works, or they wouldn’t be considered classics. The most polarizing author does seem to be Louis L’Amour. Some people (myself included) love his writing and enjoy reading and rereading his books. However, there are quite a few Western fans who are also not L’Amour fans. You’ll have to ask them why=)


The success of 52 Western Novels has spawned an upcoming series of books from you, including 52 Western Movies, 52 TV Shows, and 52 Spaghetti Westerns. This is great news to Western fans everywhere. Might I ask for a teensy preview of each? That is do you have one or two examples of Western movies, TV shows, and Spaghetti Westerns that you are fairly certain will make your cut, but readers might be surprised to hear mentioned?


The Movie list is already over 40 confirmed and include such well know movies as; Butch Cassidy and the Sundance Kid, Rio Bravo and True Grit (both versions). It also includes some lesser known films that are terrific, including; Yellow Sky, One Eyed Jacks and Ride the High Country. The TV selections will include the classics; Bonanza, Gunsmoke and The Rifleman, but going back 40-50 years, there were dozens of Westerns on TV, many, if not most, I’m unfamiliar with and looking forward to learning about - which I guess is the point of the whole idea=)


You are a Western author yourself, with currently two books in the Brock Clemons series, Coyote Courage and Coyote Creek. Allow me to say, I enjoy your work immensely. It strikes me as the sort of stick-to-your ribs story-telling where the people are solid and the action reveals who they are. What informs your stories, your reading influences? Historical research? Or a combination of these?


First, thank you! I’m new to this, but I hope I never get tired of being thrilled when someone compliments my books. I’m working on the 3rd Coyote book now, Coyote Canyon, and it will be out in the 1st quarter of 2018. There will be at least one more in the series released next year. I do do some research, but only once the story is in place. I want the books to be historically accurate. It is the authors I love who influence the books. Twain and Steinbeck are my two favorite authors and certainly, I hope readers can see and feel some Louis L’Amour in my books. However, as I’m sure most, if not all, writers do, I am trying to share my own voice, to have it be authentic and unique. I love good action scenes, but my favorite part is trying to get inside the characters head and share that with the readers. I believe my characters, and my writing, are growing as a result. I’ve come to care about my characters quite a bit and have received tremendous feedback that so do many of the readers. I’m as excited as they are to see where this series is going!


As I mentioned, I admire how your characters’ actions reveal them. You don’t incessantly “tell” us who they are. Here’s an example from Coyote Courage:


“Once I’ve finished rubbing Horse down, I turn her loose. She’ll find the grass and water she needs, and she never strays far. I figure if I treat her with respect, maybe she’ll do the same with me, and believe me, when you’re trying to tame a wild mustang—one who you often depend on for your life—you very much want them on your side.” 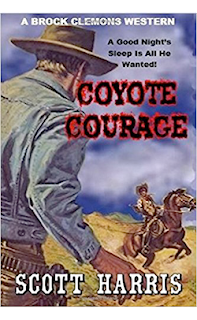 You have definitely touched Mr. L’Amour here. The solid first-person narrative, the man-animal bond that is offered as a considered team, not as mere tool. Do you find that this first-person approach better gives you the solidity/Western Code you seem to want to offer?


I do. It allows me the freedom to really dive into the characters. I feel like I’m learning about them at the same time the readers do. I want my characters to be strong. Certainly Brock Clemons follows the Western hero template, but I also want them to be flawed, scared, and make mistakes - enough so the reader knows they’re human and could have really existed. It’s fun to read about the brave 6’5” 240 pound fighter who can kill 10 people with a 6-shooter, while beating up 3-4 others and making love to the beautiful barmaid—all at the same time,  it’s just not what I want to write about.


Beyond what’s been mentioned, anything else in the pipeline from the mind of Scott Harris?


I want to thank you again for your time and consideration. I look forward to what’s coming down the road from your neck of the woods!


This has been an absolute treat.  Thank you!
Visit Scott's website to keep up with all of his interesting projects.
at December 04, 2017