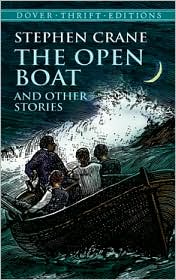 Sometimes the misfortune of others provides hearty fodder for reflection in those of us in more fortunate circumstances. Wisdom that we can use to avoid our own calamities, or sage signage as to how to comport our own selves when neck deep in treacherous waters.


In 1896, author and journalist Stephen Crane, recived a commission to be a war correspondent. He was directed to ship to Cuba to cover the hostilities there. His transport ship the SS Commodore sank en route and he and a handful of others were left to chance in a wooden dinghy.


Once ashore he turned this harrowing and uncertain experience into a story, “The Open Boat,” that is deeply infused with trenchant insight.


Often when we hear of another’s plight or dire circumstance, we imagine ourselves in that same predicament and begin the hypothetical role-playing deciding what we would or would not do. The very basis of my main line of work, preparing the self and others for conflict is just this sort of hypothetical hair-splitting and preparation.


A core problem with our “Here’s what I would do’s” is that we imagine ourselves and our responses in the best of circumstances, at the peak or our abilities, or at the very least how we feel right now if right now is relatively neat-o. Seldom do we cast our hero stories from the standpoint of our own selves in the clutches of the flu, hobbled with a snapped femur, or flash forward to our “Golden Years” and inevitable waning of abilities.


We, more often than not, have a rather dear evaluation of just how adept or “awesome” we would be when things go “South.”


This is Mr. Crane on the subject.


“Shipwrecks are à propos of nothing. If men could only train for them and have them occur when the men had reached pink condition, there would be less drowning at sea. Of the four in the dingey none had slept any time worth mentioning for two days and two nights previous to embarking in the dingey, and in the excitement of clambering about the deck of a foundering ship they had also forgotten to eat heartily. For these reasons, and for others, neither the oiler nor the correspondent was fond of rowing at this time. The correspondent wondered ingenuously how in the name of all that was sane could there be people who thought it amusing to row a boat. It was not an amusement; it was a diabolical punishment, and even a genius of mental aberrations could never conclude that it was anything but a horror to the muscles and a crime against the back. He mentioned to the boat in general how the amusement of rowing struck him, and the weary-faced oiler smiled in full sympathy. Previously to the foundering, by the way, the oiler had worked double-watch in the engine-room of the ship.”


Indeed. There is no best time for the dire to occur. Dire does not postpone. But we often postpone in our preparations, whether that be training, financial stability, life-plans, “So many things I want to do but I’ll get to them later” or even making sure loved ones know that your love is embodied by more than a “Thumbs Up” on a “Post” owned by a third-party entity.


Often these brushes with mortality, Crane’s and our own, act as a great winnowing of the wheat and the chaff.


You discover how to prioritize. Prioritize duties, responsibilities, and, alas, people.


You discover who is there for you and who is a valuable hand on an oar when the pull of the sea is incessant. 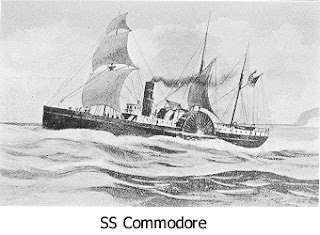 “It is in emergencies that men of worth show their superiority; prosperity helps to hide the baseness of inferior men, but adversity speedily reveals every man as he really is.”-Isocrates Archidamus


The facts are some of those around you in the best of times are worth their salt. Some are not.


Unfortunately, you won’t discover this salt-worth until dire times strike.


There’s not much we can do in advance of that regarding our judge of character, but we can internally evaluate ourselves and be harsh with our assessments.


“When it occurs to a man that nature does not regard him as important, and that she feels she would not maim the universe by disposing of him, he at first wishes to throw bricks at the temple, and he hates deeply the fact that there are no brick and no temples. Any visible expression of nature would surely be pelleted with his jeers. Then, if there be no tangible thing to hoot he feels, perhaps, the desire to confront a personification and indulge in pleas, bowed to one knee, and with hands supplicant, saying: "Yes, but I love myself."…


“It is, perhaps, plausible that a man in this situation, impressed with the unconcern of the universe, should see the innumerable flaws of his life, and have them taste wickedly in his mind and wish for another chance. A distinction between right and wrong seems absurdly clear to him, then, in this new ignorance of the grave-edge, and he understands that if he were given another opportunity, he would mend his conduct and his words, and be better and brighter during an introduction or at a tea.”


If we are honest with ourselves, we will look at our own habits and find many of them lacking, and then with utmost desire yearn beyond all yearning to be better and brighter versions of ourselves without need of shipwrecks and dire circumstances.


But even here, Crane has something mighty interesting to teach us. It is a lesson echoed again and again in survivors’ accounts and spoken of elegiacally in Sebastian Junger’s book Tribe: On Homecoming and Belonging. 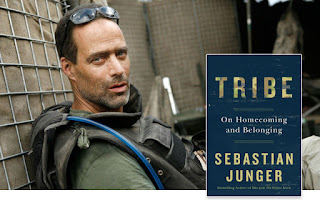 “It would be difficult to describe the subtle brotherhood of men that was here established on the seas. No one said that it was so. No one mentioned it. But it dwelt in the boat, and each man felt it warm him. They were a captain, an oiler, a cook, and a correspondent, and they were friends, friends in a more curiously iron-bound degree than may be common. The hurt captain, lying against the water-jar in the bow, spoke always in a low voice and calmly, but he could never command a more ready and swiftly obedient crew than the motley three of the dingey. It was more than a mere recognition of what was best for the common safety. There was surely in it a quality that was personal and heartfelt. And after this devotion to the commander of the boat there was this comradeship that the correspondent, for instance, who had been taught to be cynical of men, knew even at the time was the best experience of his life. But no one said that it was so. No one mentioned it.”


These times can reveal a rawness, a perspective shattering gimlet-eyed view of the world that the day-in-day-out hamster wheel we choose for ourselves simply cannot.


We do not create ourselves with thoughts, poses, and opinions.


We are revealed via tests, experiences, what we have endured.


With good fortune, we endure with good companions by our side and come out better and brighter in the everyday.


To all of us being better and brighter.


To all of us being good companions.